Get our Free Picky Eater Guide.

Have a two-year-old picky eater? It may not be your fault!

Inside: Having a two-year-old picky eater is not easy and you may be feeling guilty. In this article you’ll learn about food neophobia in two-year-olds, who are often picky, and what to do about it. You can let go of any guilt you’ve been feeling and leave with a plan.

The first time I gave my little guy a tip of asparagus, he eyed it suspiciously on his highchair tray. Then he proceeded to hit it over and over with his hand. Maybe he thought it was alive and a threat to him? He was definitely trying to take it out. My two-year-old picky eater was NOT cool with it. You better believe he didn’t take a bite of that scary green thing that invaded his space. Why?

Wait, before you leave because I used a crazy word (I promise, this is the only crazy word I’ll use today), I’ll tell you what it means.

So food neophobia means being afraid of new or unfamiliar foods. It can make kids afraid of new foods or foods they haven’t seen in a long time. Most little boppers show some neophobia, but two-year-old picky eaters often have a lot of it.

What does Food Neophobia Look Like In a Two-year-old Picky Eater?

Around the age of 2, toddlers often start to develop neophobia with food. Maybe they ate peaches all last summer, but this summer, they take one look at that fuzzy alien ball and say “No thank you!” Except, we all know that’s not how “no thank you” sounds coming from a two-year-old…screaming child on the floor in complete meltdown. It’s okay, two is two.

Signs that your child may have food neophobia

As a child with food neophobia gets older, they may need to avoid social situations when new foods may be served. In some children it contributes to picky eating as well and becomes a larger problem.

The good news about food neophobia is that it just happens. It happens to tons and tons of kids, just like “separation anxiety.” It’s considered typical behavior.

It’s a pretty good thing too, because just around the time our little darlings begin to venture out on their toddling legs, we don’t really want them eating strange leaves, rocks, and mushrooms they find in the yard. We want them eating safe food we provide at the table.

That said, for some of us, our toddlers find much more enjoyment from the mulch at the playground than veggies at the dinner table. So if that’s you, I see you.

Back to food neophobia.

Your two-year-old picky eater begins to freak out at new foods or foods they haven’t seen in a while. It’s typical, most kids do this at some point.

For me, any time I hear something was “genetic,” I breathe a sigh of relief.

Are Food Neophobia and Picky Eating the Same Thing?

Food neophobia and picky eating are not the same thing, but they have a close relationship.

Food neophobia specifically is the fear of new foods. The child who has food neophobic is afraid of new foods and absolutely will go out of their way not to eat them. They will show distress.

“Picky eating” on the other hand, is much less specific. People have a lot of definitions of picky eating. Picky eating means a child is very selective about what they will and will not eat. They may not eat foods that they see on a daily basis. They may not be afraid of foods they don’t like, they may not eat them for other reasons.

Food neophobia can contribute to two-year-olds becoming picky eaters though. Depending on how parents react to their child’s food neophobia, children can develop more picky eating behaviors or less.

Related: Free 14 Page Child Feeding Guide: The 4 Most Important Things to do to Help Get Your Child Eating Better!

There is a certain amount of picky eating that you have no control over. Your child has genetics for neophobia or they don’t.

You still can do a lot to help your two-year-old.

“Aiden is a two-year-old ‘picky eater’ who is suddenly afraid of new foods. Now anytime there is a food prepared in a new way or a new variety that looks different to him, he freaks out. He cries and he throws the food. He really looks afraid of the new food.

“He never touches foods that he is afraid of. Plus, anytime he hasn’t seen a food for a few weeks, he thinks that’s a new food too and he won’t eat it. Every time Aiden is afraid of a food and won’t eat a lot of it, his parents serve him something else.

He started refusing foods like veggies as well. He wasn’t necessarily afraid of them, but he just ignored them on his plate. His parents assumed he didn’t like them. They start making him his own meals. They serve him food whenever he wants it, just to make sure he is ‘getting something.’

“Now he mostly eats ‘kid foods’ like macaroni and cheese, chicken nuggets, and flavored yogurt. His parents don’t serve him foods that they know scare him. They don’t want to waste food. In fact, he rarely even sees a variety of food anymore. He just sees foods that he is comfortable with.”

What started as food neophobia turned pretty quickly into picky eating. Hi parents supported his food neophobia by never serving meals that include foods he won’t eat or is afraid of.

If toddlers and kids don’t see a food regularly, the food will always be “new.”

Instead of feeding your two-year-old toddler’s food neophobia, you can feed them for who you want them to be in the future. You can help them be nourished now and deflate their food neophobia.

Before we start, I want to remind you that much of food neophobia is genetic. This means that you cannot control when your child will grow out of food neophobia. They may never completely grow out of it. You can still control the environment though and help to not make it any worse than it has to be.

Here’s another story that you could write for feeding your toddler:

“When Aiden turned two, he suddenly become afraid of new foods. Anytime food is prepared in a new way or a new variety that looks different to him, he freaks out. He cries and he throws the food. He really looks afraid of the new food.

“He never touches foods that he is afraid of. Plus, anytime he hasn’t seen a food for a few weeks, he thinks that’s a new food too and he won’t eat it. Every time Aiden is afraid of a food and won’t eat a lot of it, his parents keep it on the table and keep serving it regularly.

“Sometimes he refuses foods like veggies as well. He wasn’t necessarily afraid of them, but he just ignored them on his plate. His parents assumed nothing. They kept serving the same family meals that they always served. Except now they always make sure there is at least one food that is part of the meal that is familiar and liked by him. They continue to feed him on a meal and snack schedule and do not worry if he doesn’t eat much at a meal.

“Now he continues to eat the same foods as the family. Because he continued to see the same foods over and over at the family table, he added many foods back into his diet that he used to be scared of. He is still afraid of some new foods, but his parents don’t pressure him to eat anything and he has learned to be mostly calm at meal times.”

In this scenario, the parents have used the best practices in feeding toddlers and are not feeding his food neophobia. Although Aiden is still a two-year-old picky eater, he has the best chance of eating a good diet and growing out of it with time.

If you are dealing with a two-year-old picky eater right now or a child who has neophobia, then you have a lot on your plate! Here are some things that you can do to help your child grow out of their food neophobia instead of having it become worse:

I wrote a free child feeding guide for parents just like you. It’s called From Stress to Success: 4 Ways to Help Your Child Eat Better Without Losing Your Mind. It’s 14 pages of help with feeding your child, getting them to sit at the table, and tools that help with picky eating.

Feeding picky eaters and kids with neophobia can be exhausting, but it’s absolutely worth it to keep going. Your child depends on you for getting a nourishing diet. You can help them get everything they need to grow and thrive.

And if you’ve read this far, rest assured you are doing a great job. You care a lot and you will do something today to help feed your little one better. 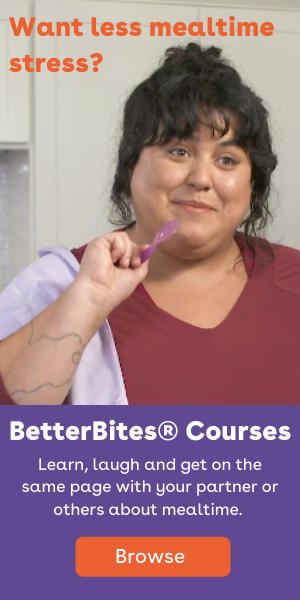 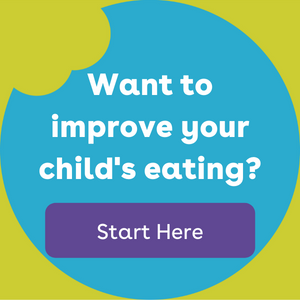 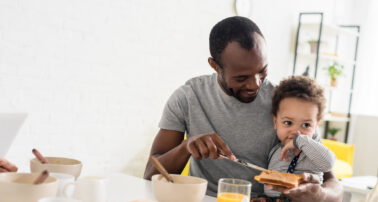 What Is the Best Peanut Butter for Babies & When Can They Eat It? 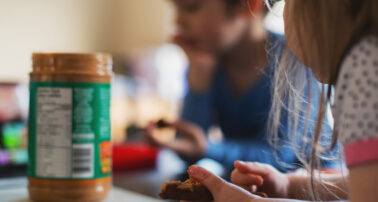 What Is the Best Kind of Peanut Butter for Toddlers? 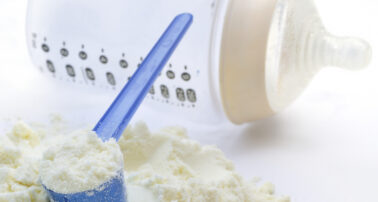 How to Choose the Best Baby Formula for Your Baby 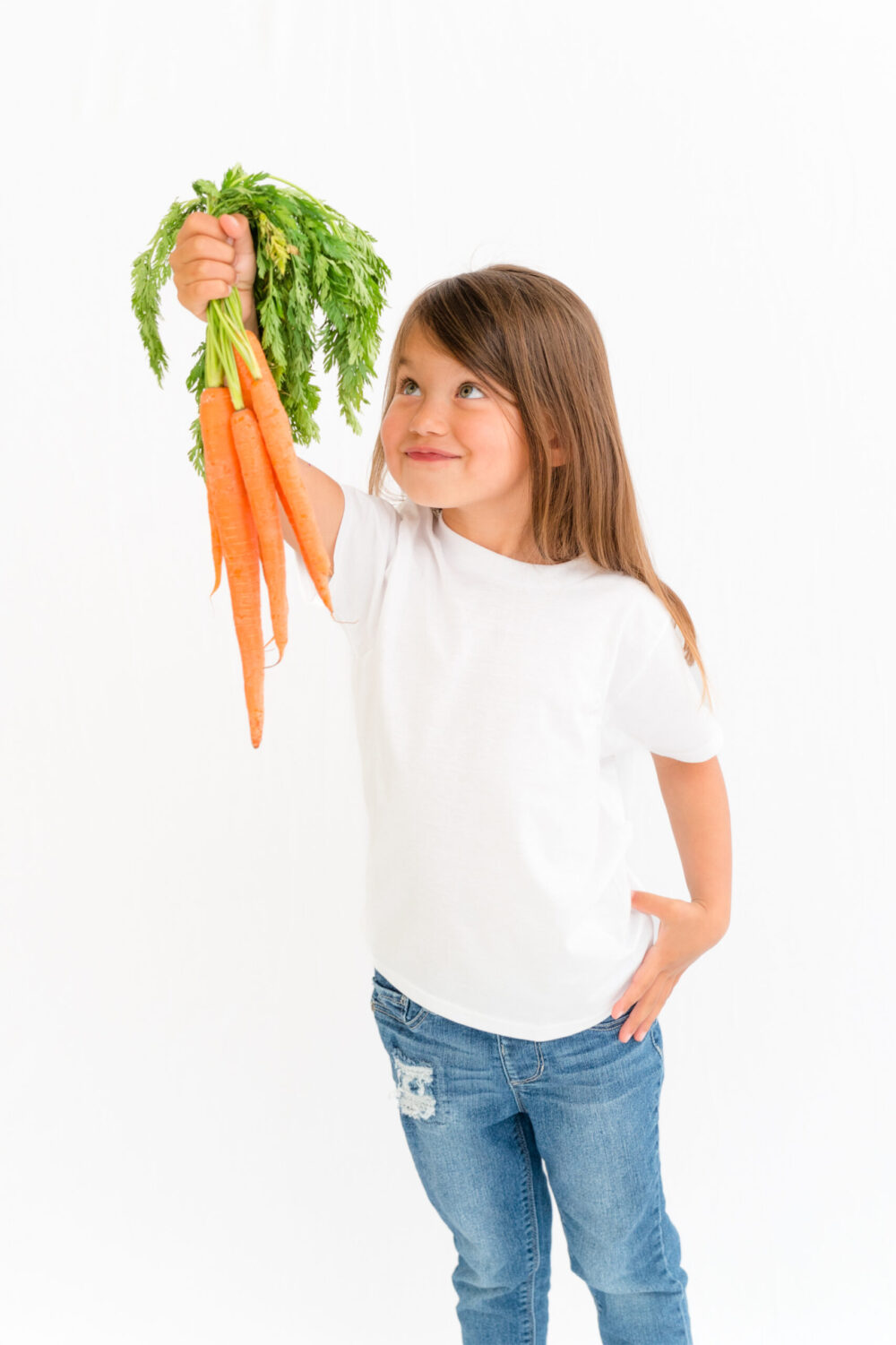 Get Our Free Picky Eater Guide